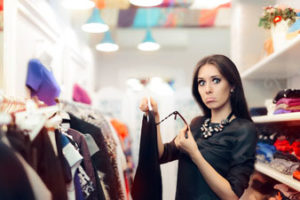 Although the federal government clearly changed the rules in 2005 to allow a Trustee of a First Party Special Needs Trust to buy an unlimited amount of clothing for person receiving Medicaid and SSI, there is still a lot of confusion regarding this issue in New Jersey.

New Jersey Administrative Code Section 10:71-4.11, which was enacted in 2001, states that if Trustees of NJ Special Needs Trusts purchase clothing for someone who has qualified for Medicaid or SSI, it will be considered income to the beneficiary and could reduce the beneficiary’s government benefits.  Moreover, if the trust allowed distribution for purchase of clothing, it had the possibility of having the entire trust counted as an asset that may disqualify the beneficiary from benefits.  THIS IS OLD LAW.

To quote from the new law, POMS S.I. 01130.430: “A change in the regulations, effective March 9, 2005, establishes that the resource exclusion for household goods and personal effects no longer has a dollar limit. As a result, beginning with resource determinations for April 2005, SSA no longer counts household goods and personal effects as resources to decide a person’s eligibility to receive Supplemental Security Income (SSI) benefits.”  The 2005 law goes on to define “personal effects” to include clothing.

There are several reasons why things are still so confusing:

So, to be clear – Trustees of NJ Special Needs Trusts (regardless if it is a first party trust or a third party trust) can buy clothes for the beneficiary and not be concerned that such expenditures will be counted as income or that the beneficiary will lose his or her government benefits.  That being said, if you are spending an excessive amount on clothes, you should probably expect extra scrutiny from the government and potential problems because they could make the argument that the person is just taking the clothes back in exchange for cash, and the fight wouldn’t be worth it.