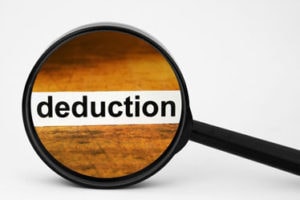 As most of you know, I generally try to avoid political discussions and I really try to avoid commenting on proposed tax policy before it becomes law for the simple reason that most proposed law changes never get enacted.  However, I feel compelled to talk about what I believe is a major flaw in the proposed “Tax Cuts and Jobs Act”.

Before I do, I think it is important to have a quick discussion on the background of estate and gift taxes, social policy and the purpose of an estate tax.  As many of you know, the United States has a 40% federal estate tax and gift tax that kicks in when someone transfers assets in excess of about $5.5 million (either upon death or through gifting).  Note, the amount that can be passed on tax free is doubled for married couples.  Additionally, there is no tax when one spouse dies and leaves assets to a surviving citizen spouse.  So to be clear, the estate tax currently affects very few people, about 5000 per year.

Proponents of an estate tax feel that it is a socially beneficial tax because it prevents wealth from being concentrated in the hands of a few.  Moreover, because wealth generally equals power, it also means that you are avoiding concentrating power in the hands of just a few individuals.  Opponents of an estate tax feel that if a person has already been taxed on their income, they should be able to do what they want with the money, including giving it away to their heirs without having to pay another tax.  They also object to the fact that frequently a decedent’s wealth is illiquid, because they own real estate or a business, and they are forced to sell assets off in order to pay the taxes.

However, I won’t go into the merits of either argument, as that is not the purpose of this article.

Specifically, my concern is that under the new tax act proposed by the Republican party leaders, they would like to repeal the federal estate tax while maintaining both the step-up in basis provisions under Section 1014 of the Internal Revenue Code and the ability of taxpayers to depreciate their rental property under Section 179.

Basis in real estate is more complex because it is increased by capital improvements and decreased by depreciation.  So if you bought that building for $4 million, and spend $200,000 fixing up the bathrooms, the new basis will be $4,200,000.  (Let’s allocate $2.95M to the building and $1.25M the rest to the land.)  If you sell it for $5 million, there will be $800,000 of gain.  To take this example further, let’s say you have been renting this building out for 30 years and depreciated it that entire time, you would have received a tax deduction for about $110,000 each year.  However, because you had depreciated the property, the basis in the land would still be $1.25, but the basis in the building would be $0.  Therefore, upon a sale, there would be a total gain of $3.75M.  Equally as important, $2.95M of that gain would be treated as ordinary income and the balance would be treated as capital gain.  (Total taxes of about $1.4 million.)

Under the current tax laws, whenever a person dies, the beneficiary of that person’s estate receives a new basis in all assets owned by the decedent.  This concept is known as receiving a step-up in basis.  The original policy reasoning behind allowing for a step-up in basis is that it would be unfair for a person to pay both an estate tax and a capital gains tax when the asset was sold.

So in the example above, if you had kept that building until your death, it would have received a new basis equal to $5 million, then if your kids sold it for $5 million, there would be no gain on the sale, therefore would have been NO TAX.  As mentioned, the proposed tax law does not change this.

More importantly, since the heirs would receive the property with a stepped up basis of $5 million dollars, they could decide to depreciate it AGAIN and receive a tax write-off of close to $150,000 per year for another 27.5 years.

The policy of having a step-up in basis makes sense so as to avoid a double tax, but it also makes sense because so many people have trouble tracking what they originally paid for things.  Accordingly, the government thought that a step-up would make it easier to track basis.  Back when the estate tax threshold was $1,000,000, everyone benefited from this step-up rule, and it was not a significant tax policy concern because wealthier individuals would be paying the estate tax instead of a capital gains or income tax.  Basically, back before 2001, only people with less than $1 million dollars could take advantage of this loophole.

Under the current law, people with assets under $5.5 million ($11M for married couples) can take advantage of this loophole, but the estate tax still prevents the ultra-wealthy from doing so.

Under the tax law proposed by the Republicans, not only would the ultra-wealthy become eligible for this loophole, they could do it over and over again at every generation, meaning that you are effectively giving birth to a class of individuals who will be born with a tax deduction.  Literally passing on a rental property to an heir means you would be passing on the ability to deduct have a reduced income for income tax purposes.  Taken to an extreme, this would consolidate wealth and power in the hands of a few individuals.  This will stifle social mobility as land will become the most valuable commodity and create a feudalistic system similar to what existed in Europe for ages.

As far as I am aware, all other countries that have an estate tax also have a step-up in basis rule to avoid a double tax.  Countries that do not have an estate, inheritance tax or some other sort of death tax, do not allow the basis of a decedent’s assets to be adjusted on death because that would mean a person’s assets could never be taxed.

The solution to this problem is quite simple though.  Keep the estate tax.  Alternatively, don’t allow a step up in basis upon death.  I am not currently suggesting that we remove the depreciation deduction provision as I believe that we should encourage people to buy property.  As long as they pay tax on it sometime, society will be fine.

In summary, the proposed tax law allows for the creation of a new and more powerful class of land owners by combining 3 tax breaks that were not meant to be combined:

By combining these three provisions, the heirs described above would receive a property worth $200 million tax free. They could then either (i) sell the land and buildings for $200 million dollars and never pay any estate tax, income tax or capital gains taxes; or (ii) keep the real estate and depreciate it from its new stepped up basis of $200 million, not just the original $20 million purchase price.  The heirs of mogul, after paying no taxes ever on this property, would be able to receive approximately a $6 million annual tax break for doing nothing other than inheriting property!

What makes this amazing is that this can happen at EVERY GENERATION! Each time a parent passes away, the heirs would inherit tax free and then they would get to depreciate the property with a new increased basis. People would literally be born into a situation where they are inheriting millions of dollars worth of tax deductions.