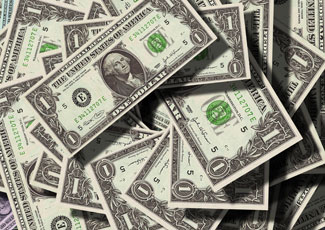 WHAT ARE SPECIFIC GIFTS AND GENERAL GIFTS?

A specific bequest is a gift of a specific piece of property to a specific person. Three examples of this are:

If you just leave everything to a specific person or persons, this is known as a residuary gift. I will not be discussing them in detail here.

HOW CAN THERE BE A DANGER IN MAKING A GIFT?

Another cause of confusion can arise from gifts of stock. What happens if the stock splits or the company creates a subsidiary or is bought out? The answer to this can vary by state. Unless the testator is the owner of a small business and we are engaged in business succession planning, I usually advise clients not to make specific gifts of stock.

AN UNEQUAL SHARING OF TAXES

Making a specific or a general gift can result in an unequal tax burden because in many states, like New Jersey and Pennsylvania, there is an inheritance tax. Beneficiaries will be taxed differently depending upon their relationship to the decedent. So, if a New Jersey decedent left $10,000 to his son and $10,000 to his nephew, the nephew’s gift would result in a 15% tax, but there would not be any tax on the bequest to his son.

So, who should pay the tax in these situations? You can have three results:

Each state has a different requirement, but the testator can override state law by stating who should pay the taxes. A good attorney will help you identify when this might be an issue and help you decide how the taxes should be paid.

AN UNEQUAL SHARING OF EXPENSES

A similar analysis can be made for the unequal sharing of expenses. If you leave $90,000 to your daughter in a specific bequest and leave everything else to your son, most Wills require that the expenses of the estate administration be paid out of the residuary. This may be fine if your son is getting more than your daughter, but what if it’s the same or less? These kind of issues must be dealt with in the estate planning stage, not after a person’s death.

Estate Administration can be a bit complex, so make sure you contact an an experienced probate attorney if you even have the slightest doubt about how to handle any of these issues.

2 thoughts on “Dangers of Specific Bequests and General Bequests”