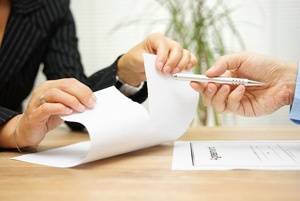 The Social Security Administration has issued new rules, SI 01120.199, related to the early termination of Self Settled Special Needs Trusts created on or after January 1, 2000.

Typically, a Self Settled Special Needs Trust does not terminate until the death of the beneficiary. The new rules provide guidance on how beneficiaries of these trusts can still qualify for government benefits in the event the trusts contain an early termination provision.

An early termination provision is a clause that would allow the trust to terminate before the death of the beneficiary. A termination clause is very important to have in a special needs trust in case the trust beneficiary is no longer disabled, becomes ineligible for SSI and Medicaid, or when the trust fund no longer contains sufficient assets to justify its continued administration.

The most common need for an early termination clause comes when a child wins a very large personal injury settlement. Settlement agreements will routinely require that a special needs trust be established. However, if in twenty years the child is fully functioning and not in need of SSI or Medicaid, a special needs trust will be overly restrictive.

A special needs trust with a termination clause will qualify under the new rules if the trust:

In the event you have an existing trust that does not meet the termination standards set forth by this new rule, such trusts will be evaluated under Section 1613(e) of the Social Security Act.