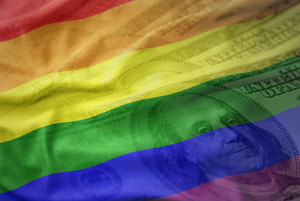 In a landmark Supreme Court case today, United States v. Windsor, the Supreme Court ruled that the Defense of Marriage Act (“DOMA”) was unconstitutional.  DOMA was signed into law in 1996 and defined marriage as between a man and a woman for purposes of federal law.  Importantly, this meant that same sex couples could not file joint tax returns and that a surviving same sex spouse was not entitled to a marital deduction (resulting in higher federal estate taxes).

As a result of this ruling, same sex couples who have married should immediately consider whether they should amend their federal tax returns for the last few years.  Consideration should also be given to whether your estate planning documents should be updated to reflect the change in the law.

Importantly, it does not require that a state allow a same sex couple to marry.  Accordingly, in states where same sex couples are not allowed to marry, they will have to travel to another jurisdiction to get married in order to receive federal benefits.  (It is still slightly unclear at this point whether the state that the couples lives in must recognize the marriage to take advantage of federal benefits – I haven’t had time to read the full opinion yet.  I will point out that New York allows same sex marriages and New Jersey recognizes same sex marriages from other jurisdictions*.  Pennsylvania and Florida have both enacted laws banning such recognition.)

Just a reminder though, strictly from a tax perspective, it does not always make financial sense to get married due to the “marriage penalty”.  The marriage penalty is a called a penalty because it creates a higher tax on a married couple when both spouses work.  However, if one spouse works and the other does not, it does create a substantial tax benefit.