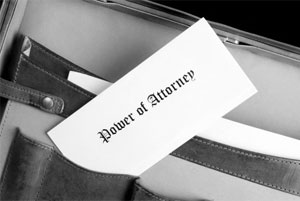 Effective January 1, 2015, under Act 95, Pennsylvania modified Chapter 56 of Title 20 of the Pennsylvania Consolidated Statutes, which deals with Powers of Attorney.  The amendment was made to try to better protect the Grantor of the powers.

The new law also creates some mandatory duties on the Agent that the principal cannot waive or modify.
These three requirements are that the agent must:

Furthermore, under the new law, unless the document says otherwise, an Agent must also:

Finally, Section 5601.4(a) limits the power of an agent to take certain actions unless the authority is expressly granted in the POA and is not prohibited by another instrument. The major powers and actions that must be specifically authorized are:

Section 5601.4(b) further limits the exercise of hot power authority by agents who are not in certain family relationship with the principal. However, a Power of Attorney can be written to specifically opt out of these limitations.