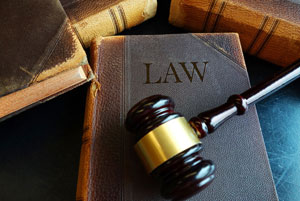 I was discussing the affect of a divorcee naming a guardian for minor children in a Will with a few colleagues the other day and I thought I would share some of our findings.

When there is a custody dispute between a natural parent and a third party, the law regarding who has custody of the child is governed by the case:Watkins v. Nelson, 163 N.J. 235 (2000).

The court found that there is a presumption in favor of the natural parent which arises from a parent’s fundamental liberty interest protected by the Due Process Clause of the Fourteenth Amendment to the United States Constitution and is rooted in the right to privacy.  However, a parent’s right to custody of his or her own child is not absolute. The presumption in favor of the natural parent.  This presumption can be rebutted by a showing of gross misconduct, unfitness, neglect, or exceptional circumstances affecting the welfare of the child.

When a third party seeks custody of a minor child (or an incapacitated individual), the court must engage in a two-step analysis. First, the court must determine whether the presumption in favor of the legal parent is overcome by either a showing of unfitness or exceptional circumstances. If either is satisfied, the court must then decide whether awarding custody to the third party would promote the best interests of the child.  So, at the end of the day, a court will decide who should have custody based upon what is in the best interests of the child.

In New Jersey, there also a statute on point as to the decedent’s right to name a guardian and to what extent it will be honored.  The relavent statute is: N.J.S.A. § 9:2-5. Death of parent having custody; reversion of custody to surviving parent; appointment of guardian by superior court; removal

In case of the death of the parent to whom the care and custody of the minor children shall have been awarded by the Superior Court, or in the case of the death of the parent in whose custody the children actually are, when the parents have been living separate and no award as to the custody of such children has been made, the care and custody of such minor children shall not revert to the surviving parent without an order or judgment of the Superior Court to that effect. The Superior Court shall have the right, in an action brought by a guardian ad litem on behalf of the children, to appoint such friend or other suitable person, guardian of such minor children, and shall have the right to remove such guardian, and to appoint a new guardian or guardians, and to make such judgments and orders, from time to time, as the circumstances of the case and the benefit of the children shall require.

Even if the court does not honor your request for guardian, you can still set up a trust for your child, and you can name anyone you wish to act as trustee to manage your funds until the child is old enough to handle his or her own finances.  This is important because otherwise the guardian or surviving naturual parent will have complete authority over these funds.

To summarize, if you do not want the surviving parent of the child to receive legal custody of your child: