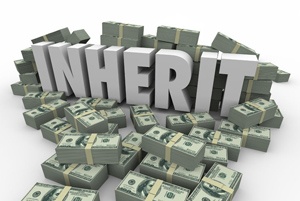 Moreover, the inheritance tax can be an extremely expensive tax as it is taxed at the highest federal gift or estate tax rate. Currently the highest rate is 35%, but this could potentially go as high as 50% after 2010.

Unlike the estate tax, which has a large exemption amount (i.e. you can pass on a lot of money before the tax hits), the inheritance tax exemption amount is minimal. You can only pass on an amount equal to the maximum amount that a person can gift annually under Section 2503(b) of the Internal Revenue Code, currently $13,000.

Spouses and charities are specifically exempt from paying this tax, so this tax is mainly going to apply to the children of wealthy parents who have expatriated from America. Due to the number of permanent resident aliens who are returning to their native country in this economy, and leaving adult children in America, it may actually affect a lot of people.

It should be noted that you can not simply get around this tax by giving money to a trust (foreign or domestic). Moreover, indirect gifts and bequests will also be taxed. It is a far reaching act that can also have massive income tax repercussions. To see more about this, read Income Tax Consequences of Expatriation.

If you are thinking about expatriating from the United States, there is some planning that can be done to avoid being treated as a Covered Person. At a minimum, there is planning that you can do to lessen the tax burden.