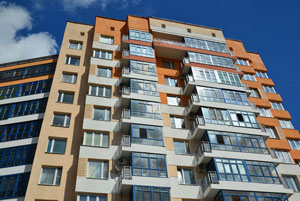 In this real estate market, some foreign investors may be tempted to buy property in the United States on the cheap.

Overall, this may be a good idea, but I wish to caution you about one potential tax trap: When a person who owns property in America dies, and that person is not a citizen and is not a permanent resident alien, there will be a United States Estate Tax due based in part on the value of that property. What’s worse is that the tax rate starts at 18% and quickly goes up to 45%!

American citizens and permanent resident aliens can pass on $3.5 million worth of assets before the estate tax hits. Non-citizen non-residents only have a tax exemption of $13,000, which shelters $60,000 worth of assets. (See Section 2102 of the Internal Revenue Code.)

So, let’s assume you have a Japanese citizen (living in Tokyo) who owns a rental property in New York, and that property is valued at $500,000. Upon the death of the owner, a federal estate would be due in the amount of $57,800. Due to the credit, this is less than an 18% effective tax rate. Still, it may come as a rather large shock for those unfamiliar with US tax laws.

Even though Japan has a treaty with the United States, estate and gift tax treaties uniformly exempt real estate – so the country where the property is located gets to tax that property.

As long as you are alive though, you can still do planning to minimize or avoid this outcome by engaging in gift and trust planning.