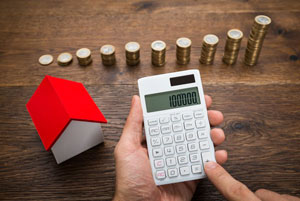 When a person sells property, that person has to pay a tax on the gain from the sale. Gain is determined by subtracting the sales price of the object from the basis of such object. For example, if I sold a stock for $100 and the basis was $40, the gain would be $60.

The basis of an object is generally the price a person has paid for it. However, if you pay money to improve the object (such as buying an addition onto a house), the basis will increase. If you depreciate an object for tax purposes, the basis will decrease. To more on the basics of basis, see my post: Understanding Basis.

Notwithstanding the crazy rules for an individual who may have passed in 2010, Section 1014 of the Internal Revenue Code states that if a person holds property at the time of his or her death, it will receive a new basis equal to the fair market value of such property at the person’s date of death. This is known as the Step-up In Basis Rule because in almost all circumstances, the fair market value of the assets owned by a decedent is greater than the basis of in the decedent’s hands just before he or she died.

However, the Step-up In Basis Rule is really more accurately called the Fair-Market Value Date of Death because, especially in this economy, there is a chance that the date of death value is less than the basis just before death. So the first mistake many people make is in not selling assets before they pass on which they can take a loss. If you bought stock for $20,000 and now it is only worth $10,000, consider selling it. If you sell it before you die, you can take the tax loss, if you keep it until you die, your heirs cannot claim that tax benefit.

So, if the beneficiaries of a descendant’s property get to take appreciated property with a step up in basis, why don’t people just transfer their property to a sick relative and then have them bequeath it back them when the sick relative dies. Well, unfortunately, this rarely works. Often times, it can result in a gift tax, inheritance tax or estate tax. Additionally, under Section 1014(e), if you receive a property by gift, you have to hold it for one year before your heirs can get the benefit of the step-up in basis rule. This is the third common mistake. When doing an estate administration, many practitioners and accountants fail to adequately track the basis of the assets.

*Updated on 5/5/14.  Thanks to Bob Derber for pointing out that I also made a common mistake!