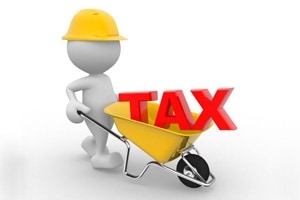 Currently the House and the Senate are mulling a proposal to allow married couples to transfer their estate tax exemption amount to a surviving spouse on death. Under the current law, it is a use it or lose it approach.

To give an example of what this would mean, let’s take a couple with $4,000,000 worth of assets. The Husband has $3 Million in his name and the wife has $1 Million in her name. Under the current law, it is possible that this family’s heirs could be taxed up to $900,000 in federal estate taxes. How you ask?

Scenario 1. Regardless of whether Husband or Wife dies first, if they have a Will leaving everything to the surviving spouse before it goes to the children (an “I Love You Will”), then when the second spouse dies there will be a $900,000 tax. This is because the surviving spouse dies with assets worth $4,000,000 and an exemption of only $2,000,000. This assumes not increase in the value of the assets and the fact that the ederal estate tax rate stays at its current rate of 45%.

Scenario 2. If Wife dies first and leaves the $1 Million to their children (or in a special trust for Husband), then on the subsequent death of Husband, there will be an estate tax of $450,000. This is because Husband would die with assets worth $3,000,000 and an exemption of only $2,000,000. Same assumptions as above.

Scenario 3. This couple hires an intelligent estate planning attorney and the attorney helps them retitle their assets so that they each own $2,000,000. The attorney then sets up a special trust for the benefit of the surviving spouse so that he or she has access to all $4,000,000 ($2 Million of their own money and $2 Million in trust). However, this special structure makes full use of each spouse’s estate tax exemptions – so that regardless of who dies first, there is no estate tax due and owing at the death of the second spouse.

So how would portability of an estate tax exemption affect this?

By and large, there is not much downside to this idea for people. In most proposals, the only thing one must do to take advantage of this is to file an attachment to a person’s estate tax return or their final income tax return. The people who would benefit most from this proposal would be those with large assets that they cannot transfer to a spouse (e.g. people who own large retirement accounts).

My one word of caution would be that this could lull people into a false sense of security regarding their estate planning. I know that if people are not worried about taxes, they may be less inclined to get the proper documentation in place. This would be particularly worrisome in the event of 2nd marriage situations where the children of a first marriage could potentially be cut out entirely.

A final note on the status of this legislation is that it has passed the House and is currently stalled in the Senate.